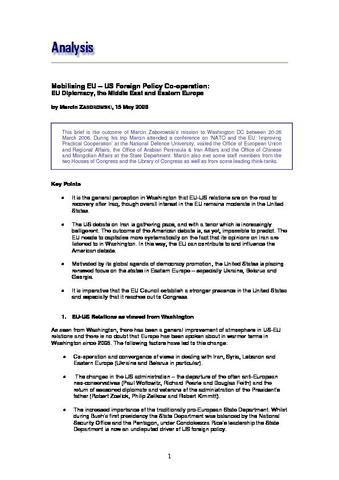 It is the general perception in Washington that EU-US relations are on the road to recovery after Iraq, though overall interest in the EU remains moderate in the United States. The US debate on Iran is gathering pace, and with a tenor which is increasingly belligerent. The outcome of the American debate is, as yet, impossible to predict. The EU needs to capitalise more systematically on the fact that its opinions on Iran are listened to in Washington. In this way, the EU can contribute to and influence the American debate.