Lebanon: an officer and a president? 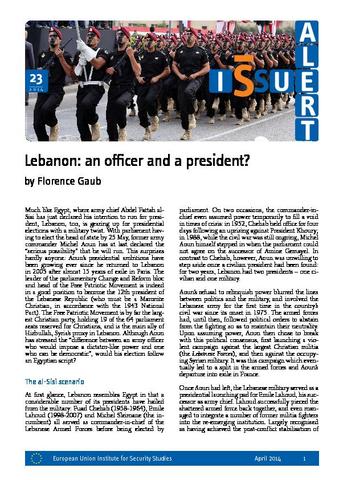 Much like Egypt, where army chief Abdel Fattah al-Sisi has just declared his intention to run for president, Lebanon, too, is gearing up for presidential elections with a military twist. With parliament having to elect the head of state by 25 May, former army commander Michel Aoun has at last declared the “serious possibility” that he will run.This surprises hardly anyone: Aoun’s presidential ambitions have been growing ever since he returned to Lebanon in 2005 after almost 15 years of exile in Paris.

Although Aoun has stressed the “difference between an army officer who would impose a dictator-like power and one who can be democratic”, would his election follow an Egyptian script?