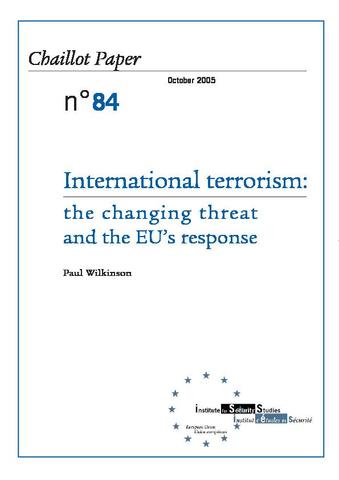 If any Europeans observing the 9/11 atrocities in the United States had comforted themselves with the belief that Europe was immune from such attacks, this illusion was tragically shattered by the bombings in Madrid (2004) and London (2005) which resulted in the slaughter of many civilians. How should the EU respond to this new form of terrorism which is closely related to religious fanaticism and whose explicit aim is mass killing? How serious is the al-Qaeda network’s threat to Europe and to Europe’s interests abroad? What kind of strategy should the EU adopt in order to unravel the al-Qaeda network? What are the emerging trends and the future prospects for terrorism and counter-terrorism? The author seeks to identify some general principles which should underpin the anti-terrorism policies and measures of the EU member states and of the EU itself. Stressing the transnational dimension and the importance of enhanced cooperation between member states, he suggests some key components of an effective strategy to dismantle the al-Qaeda network, while also emphasising that democracies must never fall into the trap of using the methods of terror to defeat terror.

The ESDP contribution to the fight against terrorism