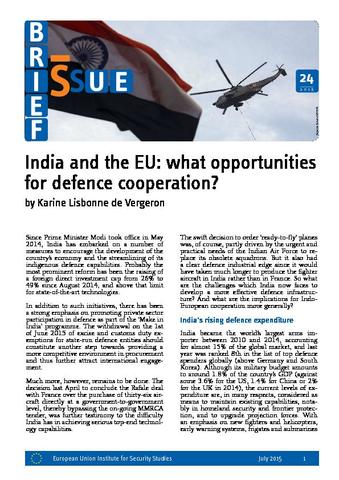 Since Prime Minister Modi took office in May 2014, India has embarked on a number of measures to encourage the development of the country’s economy and the streamlining of its indigenous defence capabilities. Probably the most prominent reform has been the raising of a foreign direct investment cap from 26% to 49% since August 2014, and above that limit for state-of-the-art technologies. In addition to such initiatives, there has been a strong emphasis on promoting private sector participation in defence as part of the ‘Make in India’ programme. The withdrawal on the 1st of June 2015 of excise and customs duty exemptions for state-run defence entities should constitute another step towards providing a more competitive environment in procurement and thus further attract international engagement.