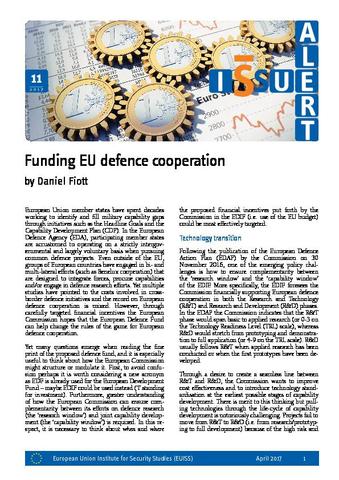 European Union member states have spent decades working to identify and fill military capability gaps through initiatives such as the Headline Goals and the Capability Development Plan (CDP). In the European Defence Agency (EDA), participating member states are accustomed to operating on a strictly intergovernmental and largely voluntary basis when pursuing common defence projects. Even outside of the EU, groups of European countries have engaged in bi- and multi-lateral efforts such as Benelux cooperation that are designed to integrate forces, procure capabilities and/or engage in defence research efforts.

The CARD on the EU defence table