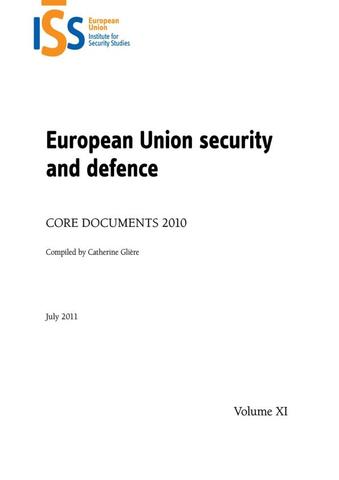 The European Union has been conducting operations as part of its common security and defence policy (CSDP) since 2003. In 2010, seven years later, twenty-four military and civilian missions had either taken place or were underway in Africa, the Middle East, the Balkans, Southeast Asia and the Eastern neighbourhood, with a total staff of nearly 20,000.

The creation of the European External Action Service (EEAS) has of course equipped the Union with a major new instrument on the international scene. On 26 July 2010, the EU Council adopted the decision establishing the EEAS, based on Baroness Ashton’s original proposal. The High Representative, also Vice-President of the European Commission, ensures coherence and coordination of the external action of the Union; in her own words, ‘Europe needs to shape up to defend better our interests and values in a world of growing complexity and fundamental power shifts’.