European defence: why not the Twelve? 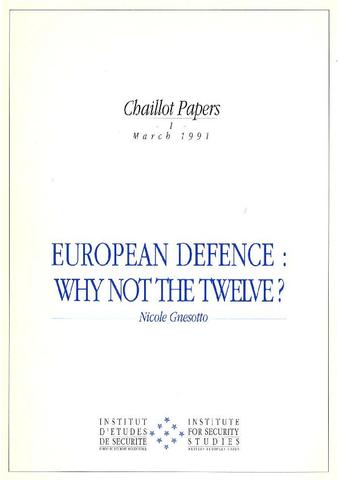 When the Institute for Security Studies was established in July 1990, it took as one of its primary tasks work on the definition of a European security identity. The present paper by Nicole Gnesotto was first discussed in an early form at a seminar held here on 13 November 1990. Since then there has been considerable debate, both at the Rome summit, the opening meetings of the Intergovernmental Conference and the WEU Ministerial Council. The Institute hopes to continue to play an active part in the debate on this subject, and we believe that this analysis of the problems involved and the positions adopted deserves a wider circulation than it has had so far.