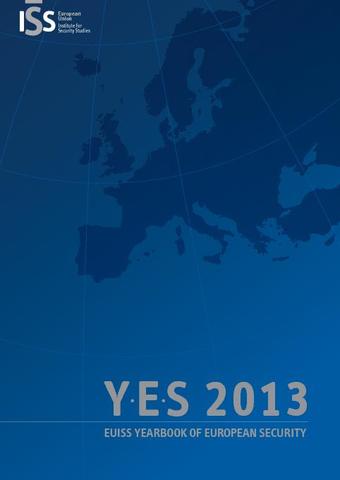 Since its inception and over the years, the EUISS has come to be appreciated for providing both practitioners and academics at all levels with regular yearly collections of official documents concerning, in particular, the early development and implementation of the Union’s European Security and Defence Policy (ESDP). Those ‘Core documents’ (vols. I-XI) soon became part and parcel of the toolbox of the still fledgling EU ‘security community’.

This Yearbook of European Security (YES) intends to build on that tradition while offering its readers a richer menu of food for thought. Alongside a collection of relevant documents, the Yearbook includes a chronology of pertinent facts and a selection of relevant figures that, taken together, are intended to present a more comprehensive picture of what the EU has done (and how) in the security policy domain over the previous year – or years, as YES 2013 exceptionally covers both 2011 and 2012, with a view to completing the annual series launched as far back as 2001.

Furthermore, the Yearbook will offer mental maps, so to speak. This year’s map will cover the way in which (and the extent to which) governments across the world have developed ‘strategic’ thinking, i.e. functions, activities and even permanent centres devoted to analysing long-term trends at the global level and their policy implications. A broad historical overview is complemented by a few case studies, a broad typology of models of foresight conducted in various countries, and some tentative conclusions.

Individual chapters can be downloaded below: