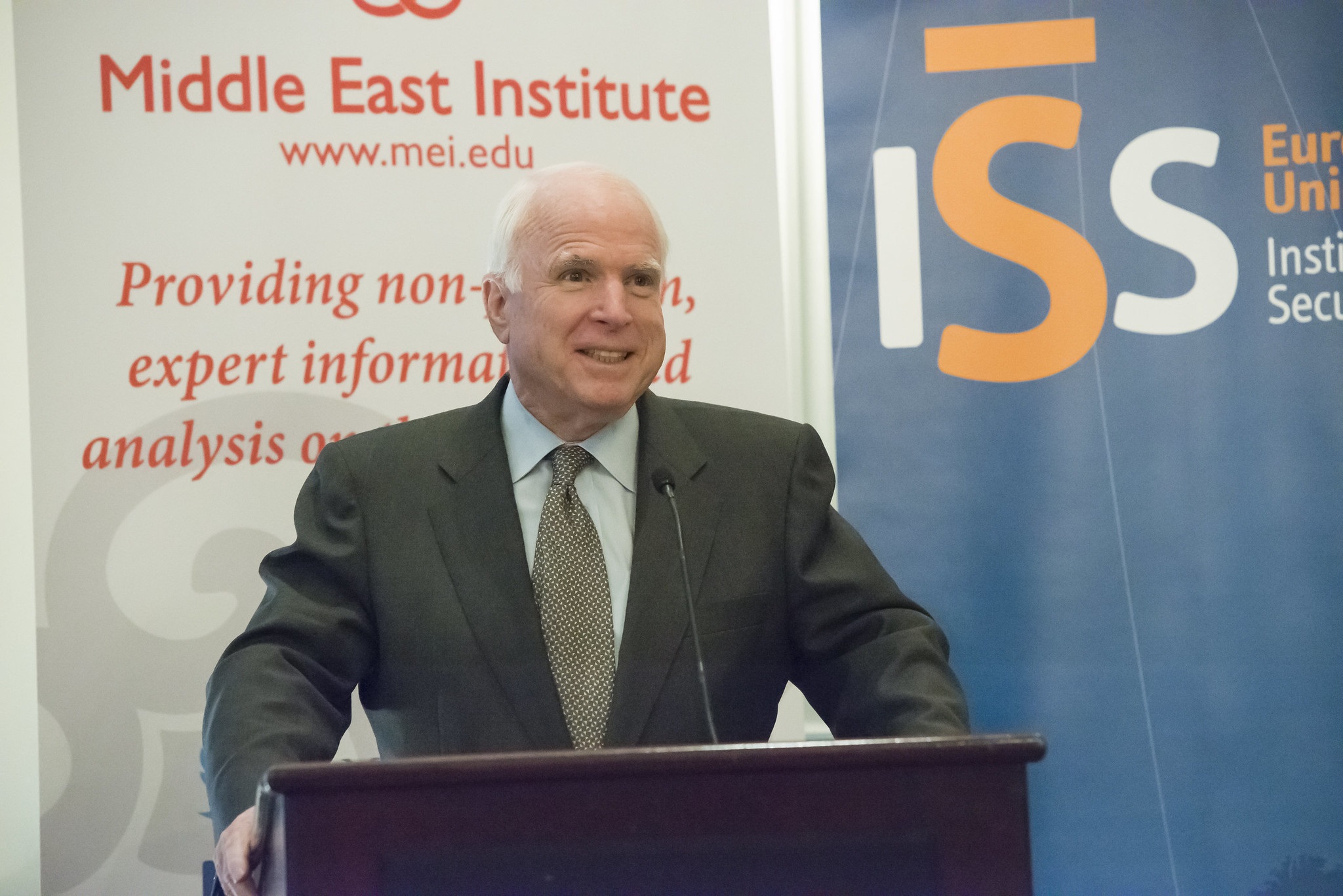 Organised in collaboration with the Middle East Institute, the Washington Forum 2014 provided an opportunity for both formal and informal exchanges with Ambassadors of the EU’s Political and Security Committee/European External Action Service and distinguished counterparts from the US State Department on the current situation in the Middle East and North Africa. During sessions entitled ‘The Arab world: lost in transition?’ and ‘The wider Middle East: a theatre of competition?’, expert panellists addressed, inter alia, the following salient issues:

In addition to a conversation between EEAS Secretary General Pierre Vimont and Assistant Secretary of State for Near Eastern Affairs Anne Patterson, the audience was honoured with a keynote speech by Senator John McCain, who offered his thoughts on the enduring conflict in Syria.

Arab military spending: behind the figures