The EU as a terrorist target: why, where, and how 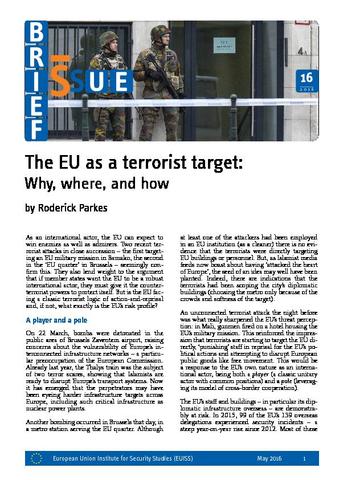 As an international actor, the EU can expect to win enemies as well as admirers. Two recent terrorist attacks in close succession – the first targeting an EU military mission in Bamako, the second in the ‘EU quarter’ in Brussels – seemingly confirm this. They also lend weight to the argument that if member states want the EU to be a robust international actor, they must give it the counter-terrorist powers to protect itself. But is the EU facing a classic terrorist logic of action-and-reprisal and, if not, what exactly is the EU’s risk profile?