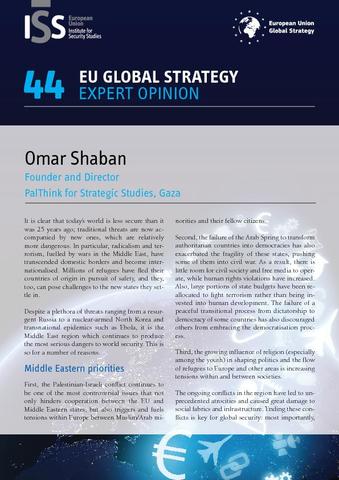 It is clear that today’s world is less secure than it was 25 years ago; traditional threats are now accompanied by new ones, which are relatively more dangerous. In particular, radicalism and terrorism, fuelled by wars in the Middle East, have transcended domestic borders and become internationalised. Millions of refugees have fled their countries of origin in pursuit of safety, and they, too, can pose challenges to the new states they settle in.

Despite a plethora of threats ranging from a resurgent Russia to a nuclear-armed North Korea and transnational epidemics such as Ebola, it is the Middle East region which continues to produce the most serious dangers to world security. This is so for a number of reasons.