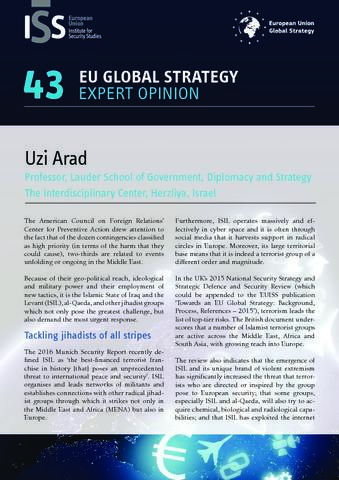 The American Council on Foreign Relations’ Center for Preventive Action drew attention to the fact that of the dozen contingencies classified as high priority (in terms of the harm that they could cause), two-thirds are related to events unfolding or ongoing in the Middle East.

Because of their geo-political reach, ideological and military power and their employment of new tactics, it is the Islamic State of Iraq and the Levant (ISIL), al-Qaeda, and other jihadist groups which not only pose the greatest challenge, but also demand the most urgent response.