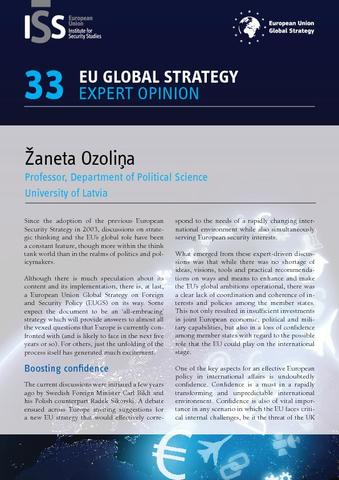 Since the adoption of the previous European Security Strategy in 2003, discussions on strategic thinking and the EU’s global role have been a constant feature, though more within the think tank world than in the realms of politics and policymakers.

Although there is much speculation about its content and its implementation, there is, at last, a European Union Global Strategy on Foreign and Security Policy (EUGS) on its way. Some expect the document to be an ‘all-embracing’ strategy which will provide answers to almost all the vexed questions that Europe is currently confronted with (and is likely to face in the next five years or so). For others, just the unfolding of the process itself has generated much excitement.