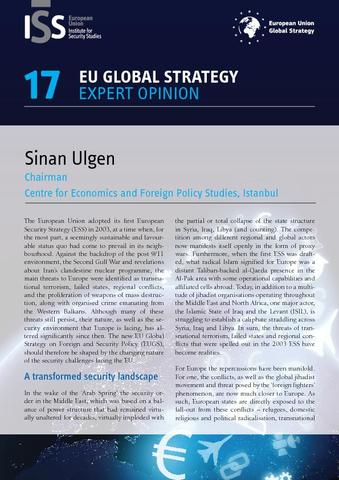 The European Union adopted its first European Security Strategy (ESS) in 2003, at a time when, for the most part, a seemingly sustainable and favourable status quo had come to prevail in its neighbourhood. Against the backdrop of the post 9/11 environment, the Second Gulf War and revelations about Iran’s clandestine nuclear programme, the main threats to Europe were identified as transnational terrorism, failed states, regional conflicts, and the proliferation of weapons of mass destruction, along with organised crime emanating from the Western Balkans. Although many of these threats still persist, their nature, as well as the security environment that Europe is facing, has altered significantly since then. The new EU Global Strategy on Foreign and Security Policy (EUGS), should therefore be shaped by the changing nature of the security challenges facing the EU.