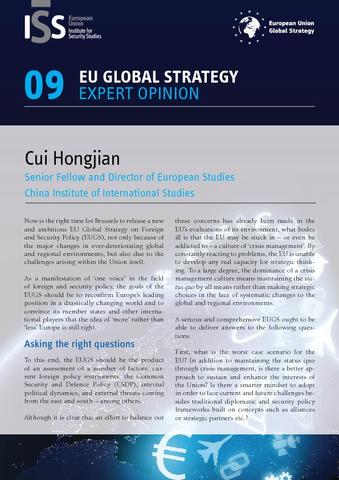 Now is the right time for Brussels to release a new and ambitious EU Global Strategy on Foreign and Security Policy (EUGS), not only because of the major changes in an ever-deteriorating global and regional environments, but also due to the challenges arising within the Union itself.

As a manifestation of ‘one voice’ in the field of foreign and security policy, the goals of the EUGS should be to reconfirm Europe’s dominant position in a drastically changing world and also to convince its member states and other international players that the idea of ‘more’ rather than ‘less’ Europe is still right.