The EU and Syria: everything but force? 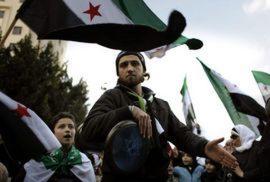 Admirers of the European Union frequently point out that it has a comprehensive selection of non-military crisis management tools. These include the bloc’s economic leverage, mechanisms for deploying civilian peace operations and close working relationships with the United Nations and other multilateral organisations. The EU is currently enforcing sanctions and other restrictive measures affecting nearly thirty states as well as Al-Qaeda and other terrorist groups.[i] Its ability to wield these tools arguably compensates for the bloc’s recurrent disputes over the use of force in cases such as Libya.

But can the EU utilise these non-military means to resolve a major crisis in its neighborhood? Over the last year, the escalating violence in Syria has become a high-profile test of the Union’s capabilities. Throughout the Syrian crisis – which has claimed over 5,000 lives by UN estimates -- European policy-makers have insisted that they will not launch a NATO-led intervention similar to the Libyan campaign. Instead, they have applied a growing array of sanctions against Syria, repeatedly brought the situation before the United Nations, and supported the Arab League’s efforts to mediate an end to the violence.

Yet as of January 2012, Syria looks dangerously close to a full-scale civil war. This piece assesses the mix of policies that the EU has put in place to deal with the crisis and asks what they have achieved.

The EU’s goals in Syria

What has the EU wanted to do in Syria? Most European officials might simply say ‘stop the bloodshed’. But crisis management, with or without the use of force, is not only about halting violence. It also involves creating the conditions for a political settlement within the affected country to avoid a reversion to conflict and ensuring that this settlement is acceptable to the country’s neighbours and allies. The Syrian case has been complicated by the security concerns of some of its neighbours (Israel and Turkey), the fragility of others (Iraq and Lebanon) and the identity of its main allies (Iran and Russia).

Moreover, Syria’s internal political dynamics are highly confusing. When the first protests against Bashar al-Assad broke out in early 2011, they were overshadowed by events in Egypt, Libya and Bahrain. Although Middle East experts warned that Syria could explode, European and American officials initially appeared optimistic that Damascus could be persuaded to respond constructively to public discontent. Assad made some gestures in this direction but opted to unleash the army on protestors instead. It took some time for the opposition to establish itself as a credible political force. While members of the armed forces have defected, their numbers are limited and their capabilities and loyalties are very unclear.

These factors have made it hard to define a political path out of the crisis. The regional context has made it even harder. The Arab League, having advocated for UN-mandated military action in Libya, initially indicated that it wanted to try to handle Syria by itself. Iraq and Lebanon have warned against destabilising their neighbor, while Iran has been concerned that it might lose its ally in Damascus. At the international level Russia and China have consistently warned against intervention in Syria, as have the IBSA countries (India, Brazil and South Africa). All these powers felt that they were outmanouevred by the US and its European allies over Libya, and have treated Syria as a chance to reassert their influence.

In this context, the EU’s members have prioritised three objectives vis-à-vis Syria: (i) to convince the Assad government to enter into serious negotiations with the opposition aimed at achieving a “peaceful and democratic transition”; (ii) to persuade or pressure the government to desist from violence against civilians; and (iii) to maintain the maximum possible regional and international support for these goals.

European diplomats appear to have calculated that time is not on Assad’s side, and that the President will eventually compromise or fall (while the opposition will hopefully gain some coherence). European policymakers may have underestimated Assad’s resilience.[ii] But it has been in the EU’s interest to let the crisis unfold gradually, even if this has given the Syrian army time for its campaign of repression. The alternative – a rapid breakdown involving a major escalation in violence and large-scale refugee flows out of Syria – would arguably be more costly in terms of lives and regional stability. If Syria does eventually tip into civil war, however, this waiting game may prove to have had little value after all.

Everything but force: the EU’s tools

How has the EU pursued it goals in Syria? There have been limits to its options. If force has been off the table, European policymakers have recognised that they are not best-placed to mediate a final political settlement to the crisis. Instead, they have ceded political responsibility to the Arab League, which has gradually hardened its stance against Assad and has even called for him to stand aside (although the League has not been firm enough for some of its members, such as Qatar and Saudi Arabia). Meanwhile the EU’s policies have included (i) backing UN and League attempts to monitor the situation in Syria in an effort to restrain the Assad government; (ii) putting pressure on Damascus through sanctions; and (iii) using debates at the Security Council and the wider UN system to reinforce the case for pressure.

The EU has enjoyed partial successes on each of these tracks. UN monitoring of the human rights situation has played a significant role in focusing international attention on Assad’s behaviour, even though Syria has barred UN human rights officials from entering the country (European diplomats in Syria have also highlighted abuses). Initially, Arab countries were divided over whether to support the UN monitoring, but they have increasingly given it their backing. The deployment of Arab League observers to Syria in December failed to deter the government from continuing attacks on civilians.

Meanwhile, European sanctions have had a clear impact on the Syrian economy. At first EU members were wary of applying sanctions at all, and they initially confined themselves to targeting individual government members. In September, however, the EU placed sanctions on the Syrian oil industry (European countries previously accounted for 90% of Syrian oil exports). Energy firms such as Shell withdrew from the Syrian market, and the costs of oil and gas within Syria have leapt. The Financial Times reports that the price of basic cooking gas has more than tripled, and that the damage to the economy has created strains within the regime.[iii] The EU has continued to widen its range of sanctions.

Although these measures have put the government under pressure, they have not enjoyed UN support because Russia and China have refused to allow any European-backed resolution on Syria through the Security Council. The diplomatic tug-of-war in New York, which escalated after the EU members of the Council floated a sanctions resolution in June 2011, has sometimes overshadowed events in Syria itself.

Although frustrated by Sino-Russian obstructionism, European diplomats have chosen to use the Security Council as a platform to publicise the case against Assad. In October, having tried to find compromise language on sanctions, they tabled a mildly-worded resolution in the knowledge that China and Russia would veto it. This ostensibly self-defeating strategy (which the U.S. had doubts about) has at least pushed Moscow and Beijing to try and legitimise their defense of Damascus. Russia has served up a series of resolutions of its own, calling for an end to violence but making no reference to sanctions.

In the meantime, resolutions condemning Syria’s actions have been passed by large majorities in both the Human Right Council and UN General Assembly – forums that are usually hostile to Western positions. In the final quarter of 2011, the Arab League used the threat of pushing for Security Council action (as it did very effectively over Libya) to persuade Assad to accept its observer mission.

Overall, therefore, the EU has arguably (i) scored a series of victories in the battle for international opinion over how to treat Syria through UN forums; (ii) used both UN debates and UN monitoring to help build a framework to manage the crisis; and (iii) succeeded in exploiting its economic leverage over Syria. However, these tactical successes have not translated into strategic success: the Assad government has yet to open serious political discussions over the country’s future (or its own); the Syrian army is continuing its abuses and outfoxed the Arab League; and worse violence may loom.

Will the EU’s strategy towards Syria be judged a success? Three factors will decide the answer. Firstly, will the sanctions now in force eventually make the Assad government’s position untenable? Secondly, if the economic situation does become intolerable, will Assad and his opponents finally come to talks or will they escalate to all-out war? Thirdly, if there is an opening for talks, will the Arab League, Turkey or UN – or perhaps even the EU itself – be ready to assist in the transition to post-conflict stability?

There has been some European thinking on worst-case scenarios: France has mooted the idea of UN-mandated humanitarian corridors to bring help to civilians. Turkey, while insisting it does not want to use force, has gone further and raised the possibility of creating a buffer zone in Syria in the last resort.

There is also a need for thinking about what to do if a window of opportunity for a political settlement emerges. If Assad were to fall or signal a willingness to deal the EU will have to be ready to act quickly on multiple levels. On the humanitarian level, there will be a need to help the UN bring assistance to communities hurt by both the Syrian army and EU sanctions. Politically, it will be necessary to help the Arab League mediate a peace deal and set up mechanisms to assist a transition (which may involve external oversight of the military). Diplomatically, it will be necessary to offer Russia some reassurance over the future of its interests in Syria and the region – without which Moscow might act as a spoiler.

So far, the EU has shown that its non-military crisis management tools are of some use in Syria. But if they are not linked to a plan to achieve a sustainable political end-state to the crisis, they will have been used in vain. European powers might find themselves being dragged into using military options after all.

Richard Gowan is an Associate Director at New York University’s Center on International Cooperation and a Senior Policy Fellow at the European Council on Foreign Relations. He thanks Julien Barnes-Dacey and Luís Peral for their advice on this piece.

[i] For a current list of EU sanctions, see eeas.europa.eu/cfsp/sanctions/docs/measures_en.pdf.