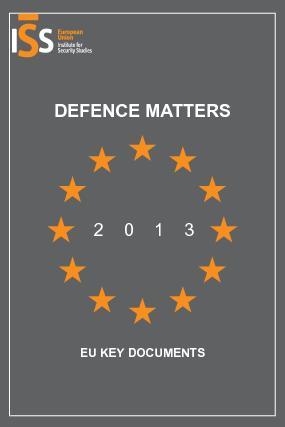 When European Council President Herman van Rompuy proposed, in December 2012, to ‘launch work on the further development of the EU’s Common Security and Defence Policy’ with the commitment to ‘return to this issue in December 2013’, virtually all EU institutions and relevant bodies, departments, agencies and working groups engaged in an exercise that has involved simultaneously taking stock of achievements, assessing shortfalls, and identifying avenues for the future.

The collective mobilisation of the year 2013 has produced a number of dedicated analytical and policy papers – including by independent think tanks and research institutes – that amount to
the most systematic survey of European defence in ten years. This pocket-sized compendium collects the official documents generated by all EU institutional actors in preparation of the ‘defence summit’ of 19/20 December 2013 and the Conclusions adopted by the EU Heads of State and Government at the end of the whole process.