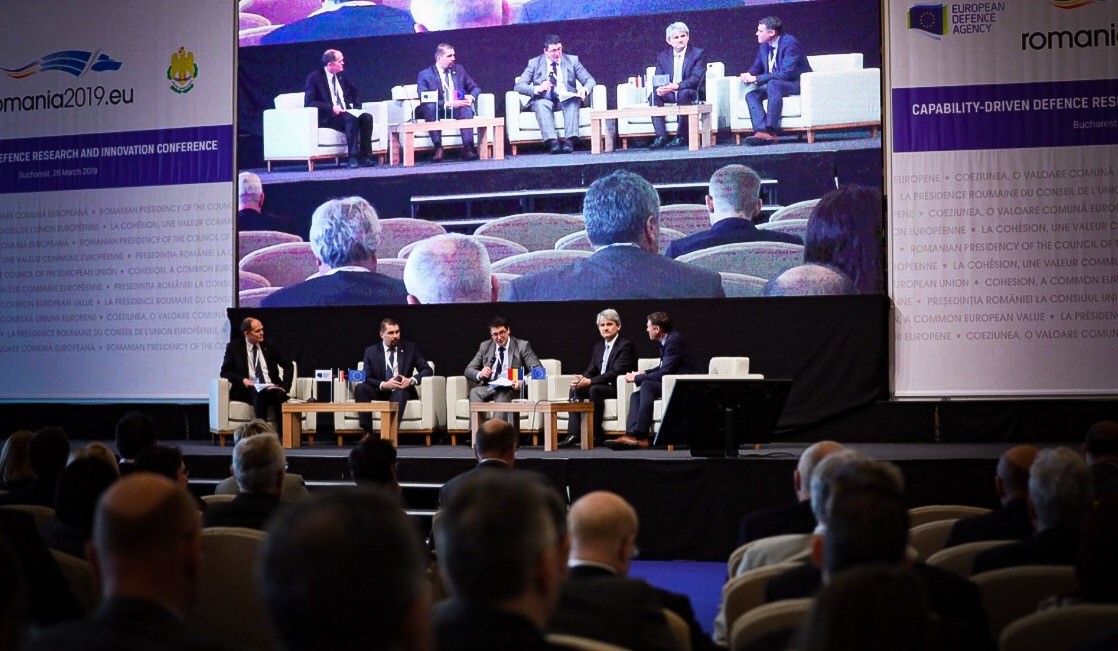 Daniel Fiott served as master of ceremonies and panel moderator at a high-level conference in Bucharest entitled ‘Capability-Driven Defence Research and Innovation’. The event was organised by the European Defence Agency (EDA) and the Romanian presidency of the Council of the EU. Over 500 participants attended the event and Daniel welcomed and introduced high-level speakers including Jorge Domecq, Chief Executive of the EDA, Gabriel-Beniamin Les, Romanian Minister of National Defence, and Ioan Mircea Pascu, Vice-President of the European Parliament.

After the welcome keynote speeches, Daniel moderated two expert panels. The first panel convened officials from the EDA, the Romanian Ministry of Defence and industry representatives to discuss how the EU can prioritise defence capabilities. The second panel brought together representatives from the European Commission, the EDA, the German Federal Ministry of Defence and industry to discuss the impact that the European Defence Fund may have on defence research.