Counter-terrorism cooperation with the southern neighbourhood 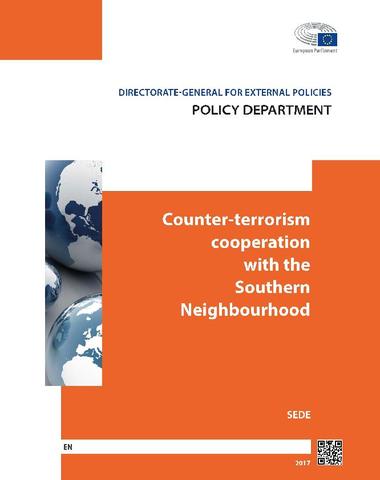 Since the EU adopted its Counter-Terrorism Strategy in 2005, it has focused on forging closer ties with third countries in the fight against terrorism. Cooperation with the Southern Neighbourhood in this field is particularly important. Every single country within this region is affected by terrorism to different degrees and terrorist attacks on European soil are increasingly linked with the Middle East and North Africa.

The EU adopted a wide-ranging counter-terrorism approach in the south including actions that go beyond the strictly military and security interpretations of counter-terrorism. In line with the UN’s 4-pillar approach, the EU’s counter-terrorism measures can be broadly subdivided into four fields: (i) building state capacity (particularly in the areas of border control, criminal investigation and prosecution, and countering the financing of terrorism); (ii) strengthening the rule of law and respect for human rights; (iii) fostering regional cooperation; and (iv) preventing and combating terrorism. This study outlines and contextualises current counter-terrorism activities in the region.