Continuity and change in European security and defence? A discussion with Finland and Croatia 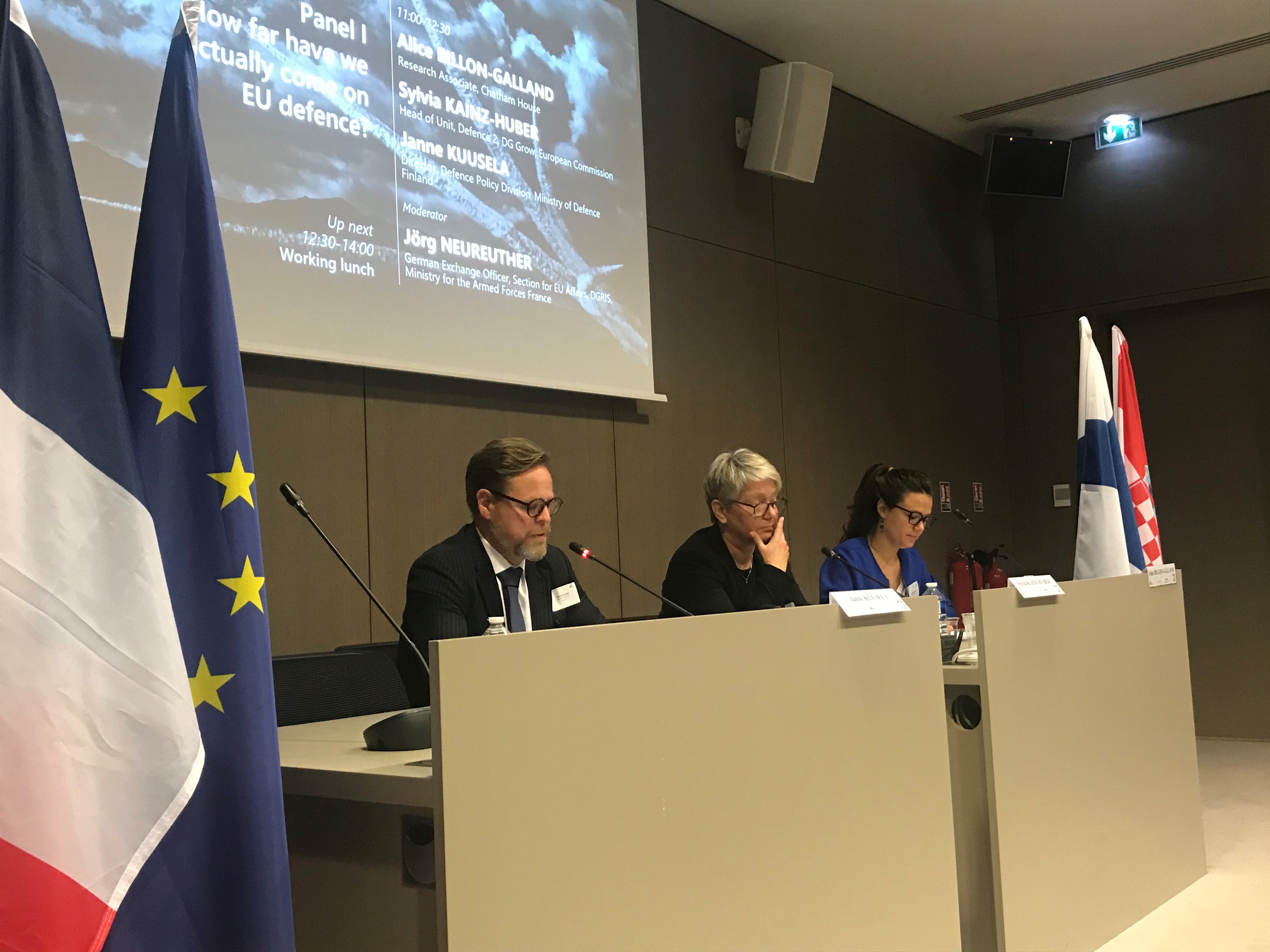 On 15 November 2019, the EU Institute for Security Studies (EUISS) and the Direction générale des relations internationales et de la stratégie (DGRIS) co-organised a seminar on European security and defence. Working closely with partners the Finnish Presidency of the Council of the EU and the Croatian Ministry of Defence, and hosted by the French Ministry of the Armed Forces, the event welcomed some 50 participants from governments, EU institutions and think tanks.

The expert seminar focused on how far the EU has come on consolidating initiatives such as Permanent Structured Cooperation (PESCO) and the European Defence Fund. The Finnish Presidency noted progress in areas such as the PESCO projects, countering hybrid threats, cyber security, promoting a discussion on Artificial Intelligence and enhancing EU-NATO cooperation. Representatives from Croatia looked towards their EU presidency in 2020 and stressed that a genuine strategic debate is needed in the area of European defence.