Contested global commons: a multidimensional issue for the Strategic Compass 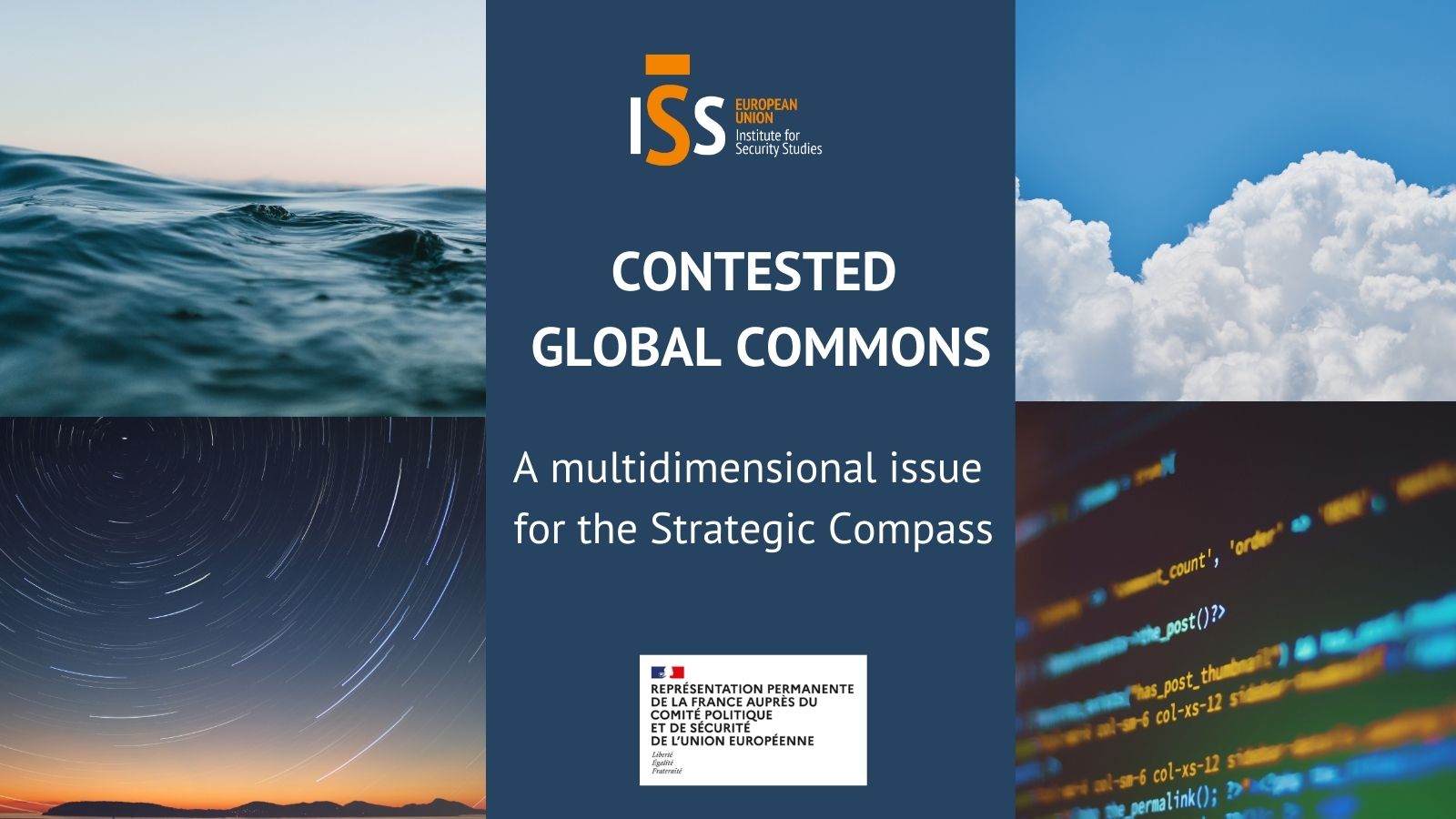 The EU Institute for Security Studies and the French Permanent Representation to the EU co-organised a high-level conference on the global commons and the EU Strategic Compass on 12 March 2021. The conference focused on concrete ways in which the Union can strengthen its ability to uphold its freedom of access in the maritime, air, space and cyber domains. Such domains are subject to a hardening of strategic competition and the rise of non-state actors, and there is a need for the EU to preserve its ability to autonomously access and act in the contested global commons while also upholding the multilateral rules-based order. The conference led to a comprehensive reflection on the nature of these contested domains and a discussion on the threats and challenges associated with them.

Given that the Strategic Compass is supposed to lead to an enhanced and more ambitious EU approach to security and defence, the conference also led to some concrete policy recommendations that are relevant to each of the Compass’ four baskets on crisis management, resilience, capabilities and partnerships. The event was therefore designed to directly inform the Strategic Compass process before it is published in March 2022 during the French Presidency of the Council of the EU. More than 100 participants attended the event online from various EU institutions and EU Member States. The conference also benefitted from an experienced and senior speaker line-up including high-ranking civilian and military officials from Estonia, Finland, France and Portugal, the European Commission, the European External Action Service and the European Parliament, plus think tank analysts.

Finding Direction with a Strategic Compass? Reflections on the Future of EU Security and Defence