The Contact Group and its impact on the European institutional structure 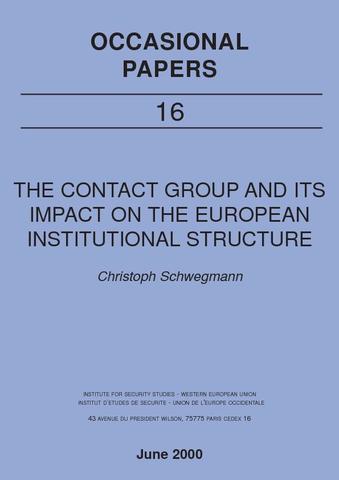