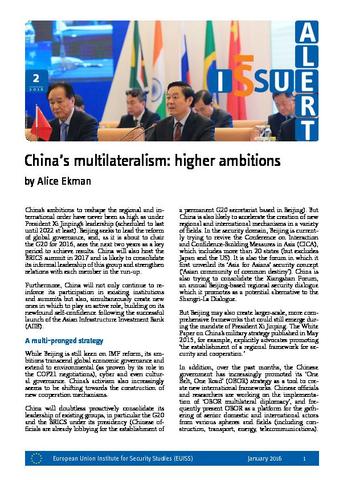 China’s ambitions to reshape the regional and international order have never been as high as under President Xi Jinping’s leadership (scheduled to last until 2022 at least). Beijing seeks to lead the reform of global governance, and, as it is about to chair the G20 for 2016, sees the next two years as a key period to achieve results. China will also host the BRICS summit in 2017 and is likely to consolidate its informal leadership of this group and strengthen relations with each member in the run-up. Furthermore, China will not only continue to reinforce its participation in existing institutions and summits but also, simultaneously create new ones in which to play an active role, building on its newfound self-confidence following the successful launch of the Asian Infrastructure Investment Bank (AIIB).