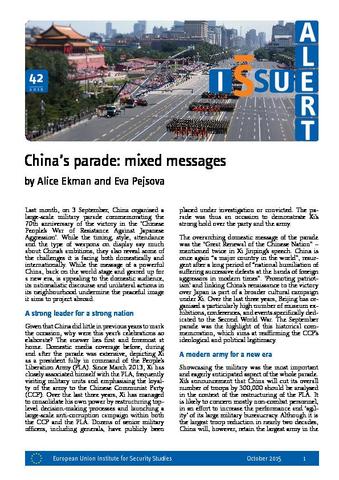 Last month, on 3 September, China organised a large-scale military parade commemorating the 70th anniversary of the victory in the ‘Chinese People’s War of Resistance Against Japanese Aggression’. While the timing, style, attendance and the type of weapons on display say much about China’s ambitions, they also reveal some of the challenges it is facing both domestically and internationally. While the message of a powerful China, back on the world stage and geared up for a new era, is appealing to the domestic audience, its nationalistic discourse and unilateral actions in its neighbourhood undermine the peaceful image it aims to project abroad.