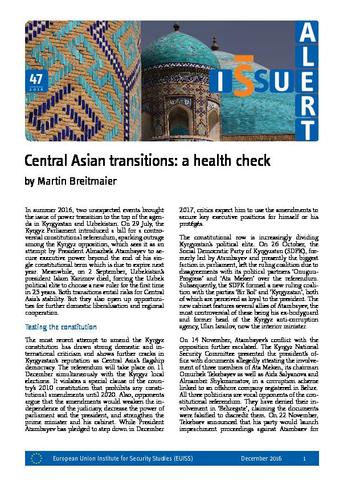 In summer 2016, two unexpected events brought the issue of power transition to the top of the agenda in Kyrgyzstan and Uzbekistan. On 29 July, the Kyrgyz Parliament introduced a bill for a controversial constitutional referendum, sparking outrage among the Kyrgyz opposition, which sees it as an attempt by President Almazbek Atambayev to secure executive power beyond the end of his single constitutional term which is due to expire next year. Meanwhile, on 2 September, Uzbekistan’s president Islam Karimov died, forcing the Uzbek political elite to choose a new ruler for the first time in 25 years. Both transitions entail risks for Central Asia’s stability. But they also open up opportunities for further domestic liberalisation and regional cooperation.