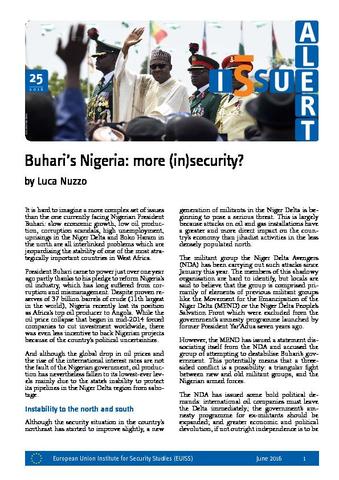 It is hard to imagine a more complex set of issues than the one currently facing Nigerian President Buhari: slow economic growth, low oil production, corruption scandals, high unemployment, uprisings in the Niger Delta and Boko Haram in the north are all interlinked problems which are jeopardising the stability of one of the most strategically important countries in West Africa. President Buhari came to power just over one year ago partly thanks to his pledge to reform Nigeria’s oil industry, which has long suffered from corruption and mismanagement. Despite proven reserves of 37 billion barrels of crude (11th largest in the world), Nigeria recently lost its position as Africa’s top oil producer to Angola. While the oil price collapse that began in mid-2014 forced companies to cut investment worldwide, there was even less incentive to back Nigerian projects because of the country’s political uncertainties.