Broader challenges, smaller budgets: the future of the US military 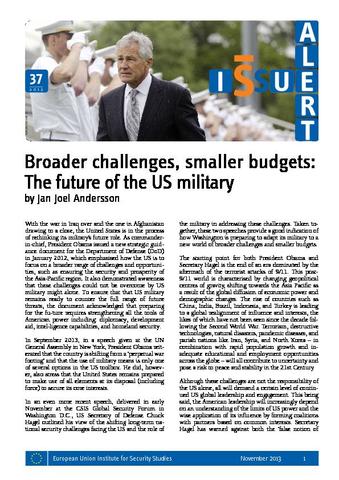 With the war in Iraq over and the one in Afghanistan drawing to a close, the United States is in the process of rethinking its military’s future role. As commander-in-chief, President Obama issued a new strategic guidance document for the Department of Defense (DoD) in January 2012, which emphasised how the US is to focus on a broader range of challenges and opportunities, such as ensuring the security and prosperity of the Asia-Pacific region. It also demonstrated awareness that these challenges could not be overcome by US military might alone. To ensure that that US military remains ready to counter a full range of future threats, the document acknowledged that preparing for the future requires strengthening all the tools of American power including: diplomacy, development aid, intelligence capabilities, and homeland security.