Asylum flows to the EU: blip or norm? 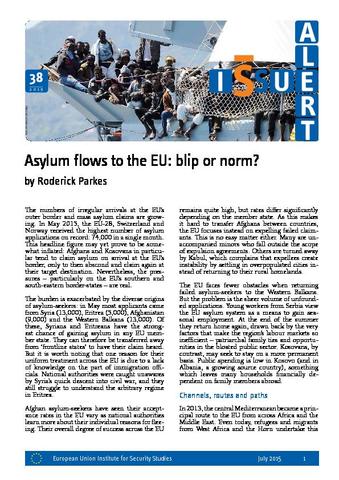 The numbers of irregular arrivals at the EU’s outer border and mass asylum claims are growing. In May 2015, the EU-28, Switzerland and Norway received the highest number of asylum applications on record: 74,000 in a single month. This headline figure may yet prove to be somewhat inflated: Afghans and Kosovans in particular tend to claim asylum on arrival at the EU’s border, only to then abscond and claim again at their target destination. Nevertheless, the pressures – particularly on the EU’s southern and south-eastern border-states – are real.