Are Europeans a better transatlantic security partner than meets the eye? 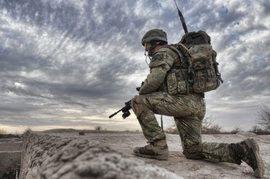 he latest wave of European military spending cuts is swelling the ranks of Americans who believe that Europeans are not contributing enough to global security. But this assessment is too harsh. It is true that Europeans spend less on defence than their American counterparts. They have also been less willing to use force in recent years. But the US itself is reassessing the merit of its military interventions over the last decade. And when one takes into account policies that are not strictly military, such as aid, sanctions and homeland security, Europeans are making some significant contributions to international stability.

A number of European countries are undoubtedly falling short of their NATO and EU promises to develop a global military reach. Many governments have been slow to transform their militaries from immobile forces designed to counter a Soviet invasion into rapidly deployable combat troops. Even prior to the economic crisis, most European NATO allies had stopped spending the alliance's agreed benchmark of 2 per cent of GDP on defence. And Nicolas Gros-Verheyde, the influential French blogger, estimates that the economic downturn will lead to a 30 per cent drop in total military spending by EU member-states between 2006 and 2014. As a result, even if America cuts its own defence budget by $1 trillion over the next decade – as Congress is currently considering – the US military will still receive more than twice as much as the armed forces of all EU countries combined.

Since the end of the Cold War, a number of European countries have also been reluctant to deploy troops, particularly for heavy combat operations. Many governments have refused to send their soldiers to the most dangerous parts of Afghanistan. More than half of the European countries in NATO did not participate in the deployment to Libya. And many EU military and civilian missions have been too small to make a significant impact. Washington critics are particularly dismissive of the 60 EU officials advising Iraqis on how to improve their criminal justice system and the approximately 500 EU police trainers in Afghanistan.

Europe's recent military track record derives from the fact that most Europeans have not felt threatened. Many also do not believe that war should be used to obtain 'justice'. In a recent GMF survey of the US and 12 EU countries, only 33 per cent of Europeans believed that war is sometimes necessary to obtain justice – in contrast to 75 per cent of Americans. In addition, Europeans have been particularly doubtful of the merit of Washington's use of force over the past decade, be it Afghanistan or Iraq.

In light of this mindset, Europeans have actually been quite active on the military front. According to the Stockholm International Peace Research Institute, in 2011, Britain, France and Germany were still amongst the ten largest military spenders in the world (ranking third, fourth and eighth). The combined defence expenditure of European NATO members is still more than twice what China spends – even though Europeans do not reap the full benefits of it because they duplicate many of their military efforts.

For several years, European troops made up more than half of NATO's mission in Afghanistan. And on a per capita basis, Denmark and Estonia have suffered more casualties there than the US. Europeans undertook 90 per cent of the strike missions in Libya. In addition, many of the EU's missions, even if modest, are still helping to stabilise countries across the world. In the Gulf of Aden, an EU naval force protects vulnerable boats from pirates, including the World Food Programme vessels which deliver food to Somali people. In the months to come, the EU will deploy civilians to help the government in Niger reform its security sector (a country where, according to European governments, Islamist militants threaten international security). EU experts will also soon help improve the security at the international airport in Juba, the capital of newly independent South Sudan.

In any case, American policy-makers are themselves reconsidering the merits of how the US has used force over the last decade. The Obama administration has been extricating US armed forces from Iraq and Afghanistan – even though in both countries, the US has not achieved the level of stability which it had initially aspired to. The government's new defence guidance stresses that the US does not intend to deploy similar missions in future. It also argues that America cannot meet its security challenges through military force alone and that it must strengthen all the 'tools' of American power, including diplomacy, development, intelligence and homeland security.

Europeans also invest significant resources in homeland security, even if budgets risk declining somewhat over the next few years because of the economic turmoil. Based on the latest OECD figures, the 21 EU member-states which belong to the organisation spent nearly €240 billion on 'public order and safety' in 2010 – nearly 90 per cent of what the US spent. This covers police forces, intelligence services, the judiciary and ministries of internal affairs. The US is a beneficiary of this spending too – in addition to supporting Europe's internal stability, these bodies tackle the international terrorism and organised crime that afflict Europeans and their allies alike.

European countries are also increasing the EU's involvement in security matters – including through the EU's bilateral ties with third countries. One EU agency, Frontex, monitors the Union's southern and eastern border, while another, Europol, tackles organised crime. EU funds for homeland security, although still modest, are increasing despite the economic crisis. From 2014 to 2020, the EU is expected to spend nearly €10 billion in this field. The money will notably fund research into intelligent maritime surveillance systems and help partner countries across the world fight criminal networks and monitor their borders more effectively.

European governments also leverage the EU's large common market to pursue their foreign policy objectives. They offer preferential trade ties to support the economic development of numerous fragile countries across the world, and to encourage them to improve their governance. Pakistan is one of the states which qualify for some of the EU's most generous trade concessions. EU countries also impose heavy sanctions on countries which they believe are undermining international security. Among other things, the EU recently introduced an oil embargo against Iran – even though the measure is inflicting significant economic hardship on Greece and other EU states which were already struggling with the financial crisis. And through the offer of EU and NATO membership, Europeans (and the US) have managed to spread stability across the European continent.

The fact that Europeans wield such extensive foreign policy 'tools' does not mean they always use them wisely. Nor should it allow Europeans to neglect their armed forces. Governments must ensure that their peacekeeping efforts are not hampered by inadequate military equipment, and that they retain the capacity to respond to a serious military threat if one were to emerge. But America is less alone in upholding global security than some in Washington would suggest.

This piece was first published by the Centre for European Reform

Integrating the EU defence market: an easy way to soften the impact of military spending cuts?