Arab parliaments: better than their reputation? 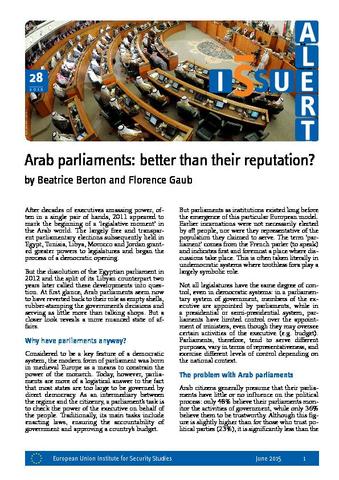 After decades of executives amassing power, often in a single pair of hands, 2011 appeared to mark the beginning of a ‘legislative moment’ in the Arab world. The largely free and transparent parliamentary elections subsequently held in Egypt, Tunisia, Libya, Morocco and Jordan granted greater powers to legislatures and began the process of a democratic opening.
But the dissolution of the Egyptian parliament in 2012 and the split of its Libyan counterpart two years later called these developments into question. At first glance, Arab parliaments seem now to have reverted back to their role as empty shells, rubber-stamping the government’s decisions and serving as little more than talking shops. But a closer look reveals a more nuanced state of affairs.