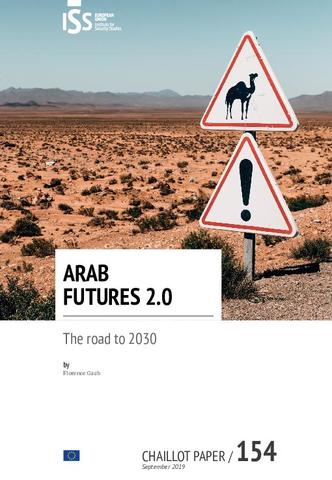 At first glance, the Middle East and North Africa (MENA) region appears particularly unsuited to conducting foresight exercises due to its many disruptive and surprising developments. But beyond their actual predictability, it is precisely because the region features so many sudden events that foresight here is crucial.

While the region appears to have recovered from some of the shocks of 2011 and its aftermath, the next decade will bring new and more substantial challenges: climate change is beginning to become a dark reality in the region, urbanisation and conflict could become a toxic mix, a new, digital generation is reaching political maturity and global energy shifts are beginning to be felt.

The geostrategic landscape of the region is shifting, too, with new actors emerging and old ones retreating. In sum, the nearly five years since the last EUISS ‘Arab Futures’ Report have brought many new issues to the table, making a fresh look at the future of the region a necessity. This Chaillot Paper opens with three scenarios which lay out the regional state of affairs in 2030. These scenarios are built on the catalysts or agents of change that were identified after a careful analysis of the mega-trends that are elaborated thereafter.

Click here to order a hard copy from the Publications Office of the EU.