Along the road – Gwadar and China’s power projection 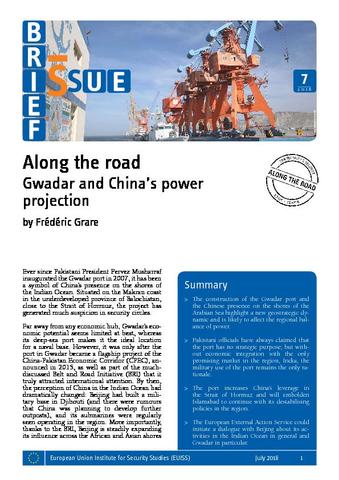 Ever since Pakistani President Pervez Musharraf inaugurated the Gwadar port in 2007, it has been a symbol of China’s presence on the shores of the Indian Ocean. Situated on the Makran coast in the underdeveloped province of Balochistan, close to the Strait of Hormuz, the project has generated much suspicion in security circles.

Far away from any economic hub, Gwadar’s economic potential seems limited at best, whereas its deep-sea port makes it the ideal location for a naval base. However, it was only after the port in Gwadar became a flagship project of the China-Pakistan Economic Corridor (CPEC), announced in 2015, as well as part of the much-discussed Belt and Road Initiative (BRI) that it truly attracted international attention.